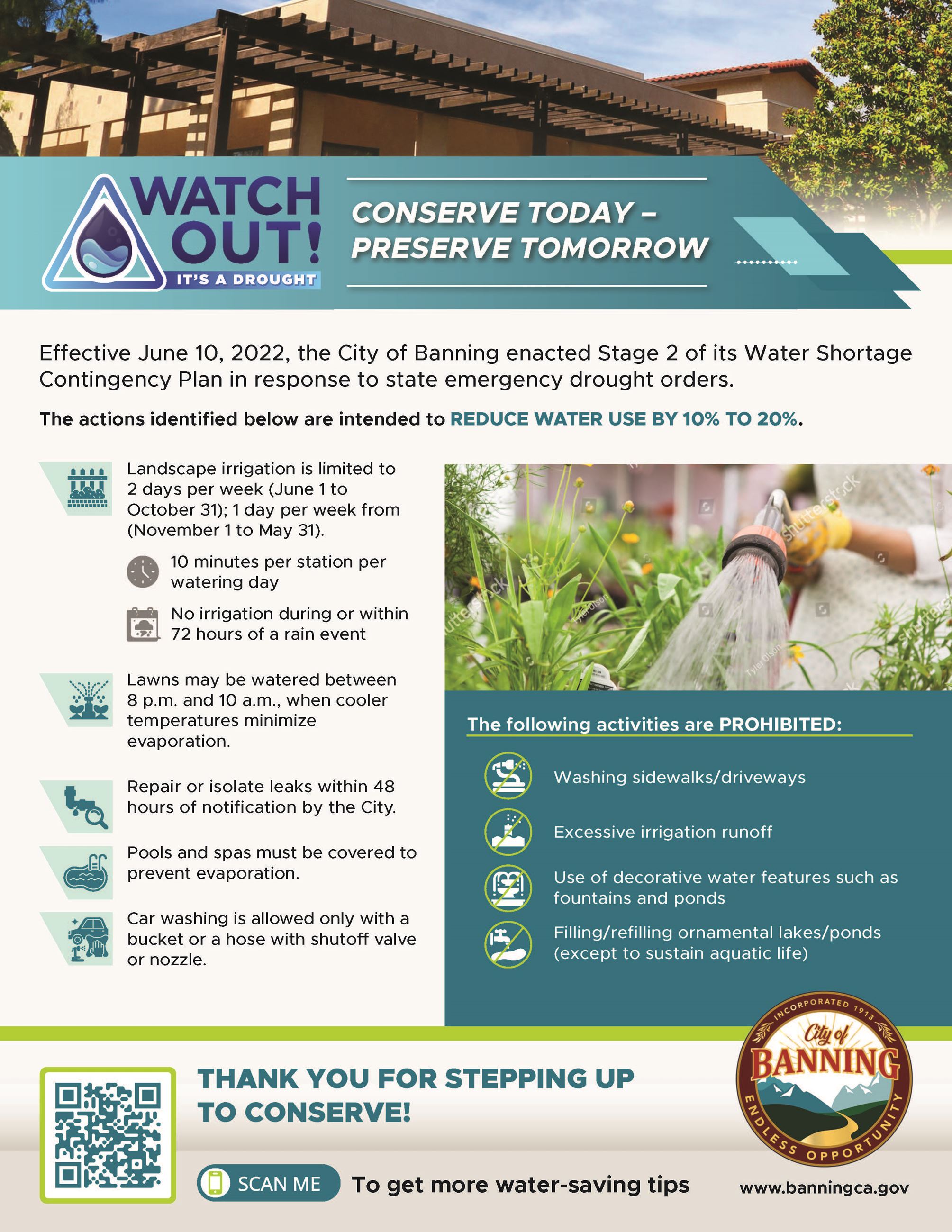 The Water and Wastewater Department has prepared for drought conditions since as early as the initial 2015 drought emergency. In an effort to mitigate the expected state water shortages, the City has continuously recharged its ground water basins. This resulted in a need for less stringent City Water Action Responses in early stages in the Water Shortage Contingency Plan. For these reasons the amended stages will read as stated below.

The Stage 2 City Water Department Response Actions, after modifications, would read as follows:
--Suspend considerations of annexations to the city’s water service area
--No Refilling of Municipal Ornamental Lakes or Ponds, Except as Necessary to Sustain Aquatic Life
--Reduced Flushing Frequency

Through SaveWater.Ca.Gov report and send pictures of leaks or water waste from your smartphone, tablet, laptop or desktop computer HERE.