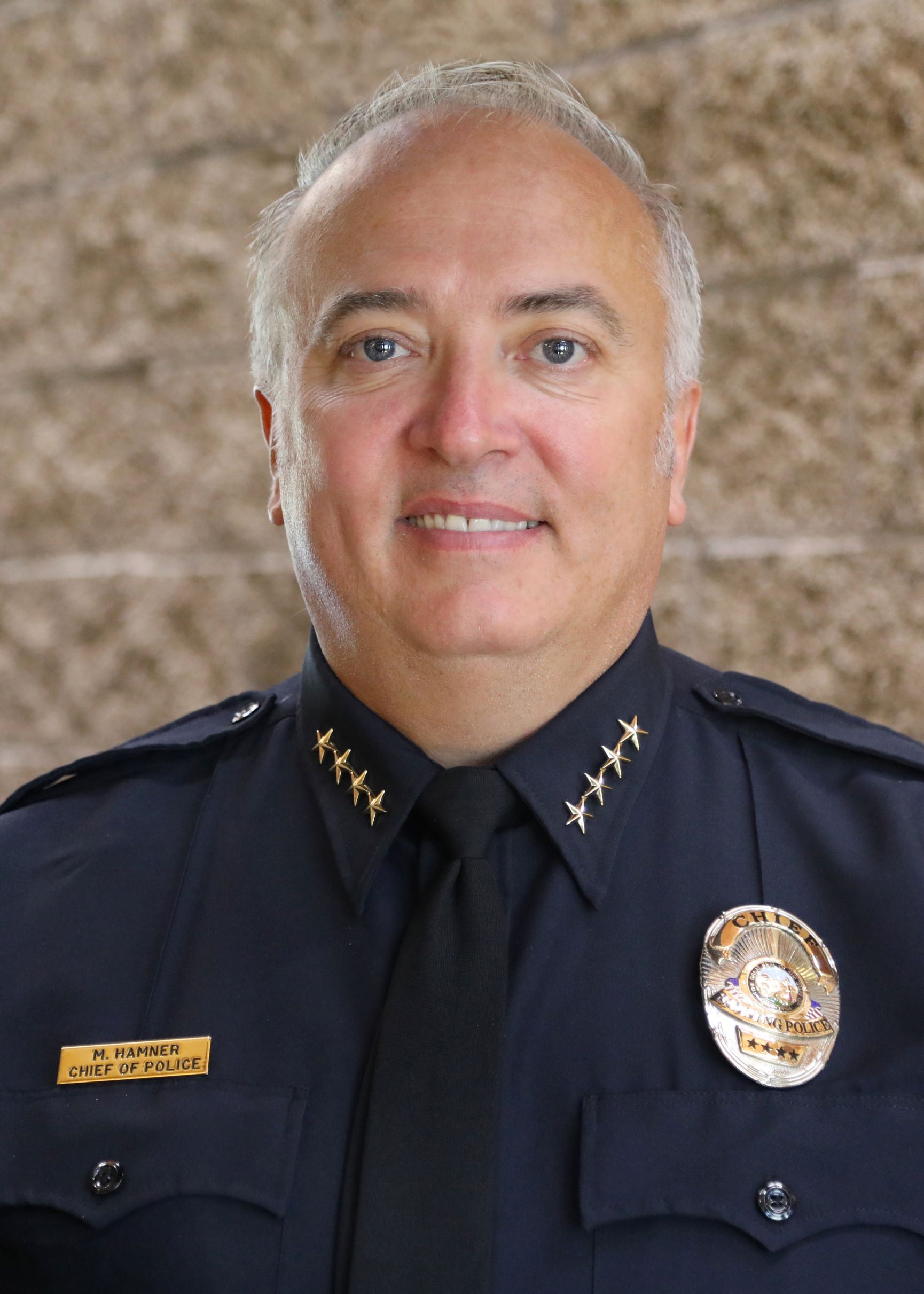 Chief Hamner has a Master of Criminal Justice and Public Safety degree from Indiana University and is a graduate of the FBI National Academy Class 245. He has an FBI Command College Certificate, DEA Drug School graduate, Senior Management Institute for Police graduate, and is highly decorated with 19 commendations, including the Medal of Valor and Unit Citation. Chief Hamner joined the City of Banning in February 2019.